“It’s a great moment in time.”

Speaking with David Jung is like standing on a mountaintop and being reminded of the vast realm of possibilities that are before you. Though his voice is calm, it is filled with sincere excitement and belief in his projects as well as the world’s. When thinking of the possibilities for creative innovation he says, “It’s a great moment in time. A kid could take this [technology] and create their own stories. And publish them!”

It is, perhaps, his broad scope of imagination that has lead Dave to cultivate such an interesting career. From his time as a Hollywood producer to his current project launching Bad Cat Comics, Dave has had to find ways to effectively translate ideas into visual reality – and Comic Life has helped him do it.

“When I saw how great the comic came out,
I decided to launch a publishing company.”

There has long been a fascination with art, and endless discussions of what is and isn’t art inevitably follow. For Dave, comic books host a “combination of beautiful styles and artforms” that are so distinct they are unlikely to be recreated in other kinds of artwork. With a chuckle he adds, “So instead of going into a museum to look at Rembrant I get excited to go see my favorite comic artists.”

A Comic-Con attendee before it hit mainstream awareness, Dave was always a comic enthusiast but never a comic author. At least that was the case until he came across Comic Life. 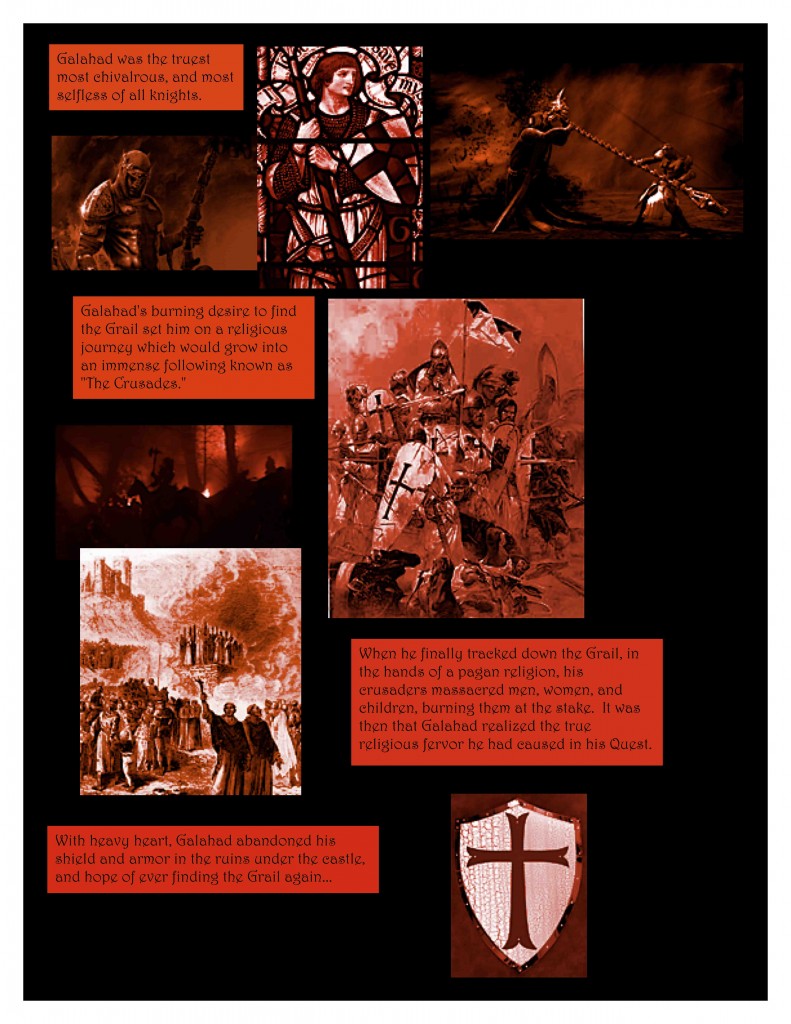 A sneak peak into the pages of Quest. Click the image to enlarge.

“As a writer, when you’re pitching a movie or a TV series to a studio, it’s always helpful to have some visuals.  Evocative images of concepts, characters, set-pieces that it might be difficult to convey the magnitude of, or paint an accurate picture of verbally.  Years ago, these would just be computer printouts of places or objects, or simple storyboard sketches.  But as technology and the business have changed over the years, our ability as artists to deliver more accurate depictions of the stories we’re creating has gotten a bit easier.  One of the tools that I discovered while putting together a presentation was Comic Life.”

“I stumbled upon Comic Life, and …  When I realized how advanced, yet simple the operating software was, and how user-friendly it was, I decided to use it to make an actual comic book. When I saw how great the comic came out, I decided to launch a publishing company.”

“This company is something I wish I’d done years ago.”

With Dave’s realization that he could create his own comics, Bad Cat Comics was born – “I guess the idea to have my own comic company really came out of doing presentations for work, and realizing that I could go one step further and do an entire comic on my own.  It just kind of grew out of that.”

The transition into comic writing was seemingly simple for him:
“I think that spending years writing for TV and Film has given me a great background for writing comic scripts.  All of these mediums really force you to think visually.  Where is the camera?  What’s in the shot?  What is the action?  Also, my years of being an avid comic book junkie probably helped prepare me for writing in film.  As with comics, you’re essentially looking at the storyboard (albeit a beautiful one) that could be used for a movie.”

“This company is something I wish I’d done years ago.  But then, the technology wasn’t there years ago for me to do it.  Also, this is more of a hobby for me.  To do this years ago would have meant finding a large amount of seed money, hiring staff and machines and offices… all of this overhead.  Today, I can do all of that on my own, at home, on my own time.”

Bad Cat Comics currently has two works published and available for purchase, Quest and The Horde. Dave very simply explains how he began to turn the original ideas for Quest and The Horde into a reality, ” I planned each series as a seven issue story arc.  Then I tracked down a few decent comic scripts, to see how they were formatted, then just wrote my own.”

Of course it’s not as simple as that – each of the projects has a history and a story. Quest began to take shape while at a friend’s house – writer and director, Casey La Scala. The two guys were discussing all of the recent film reincarnations of Arthurian legends, and then the idea struck – “What if the Knights of the Round Table drank from the Holy Grail and became immortal, but at the same time cursed the world?”

The Horde’s premise plays off of a former super hero, “What if a group of soldiers were given a super soldier serum, designed to turn them into Captain America’s, but something went wrong, and they were slowly turning into monsters.” This project has been marinating for at least ten years, making its arrival particularly welcome for Dave.

Bad Cat Comics has launched into the brave and exciting world of comics, and we couldn’t agree more with Dave when he says, comics are “one of my favorite mediums. I love the cliff hanger at the end of twenty two pages.” So we’ll leave you with the cliff hanger of what could be inside these Bad Cat Comics and where Comic Life can take you next…

For more on Bad Cat Comics and the available titles visit their website!