We’ve had some great history reports come across our desk recently. The first one is a four page comic that combines historical photos, political cartoons and artwork to tell the story of “The Rise of Militarism in Japan”. The comic was originally blogged on Ally Cat History by Paul Grace. 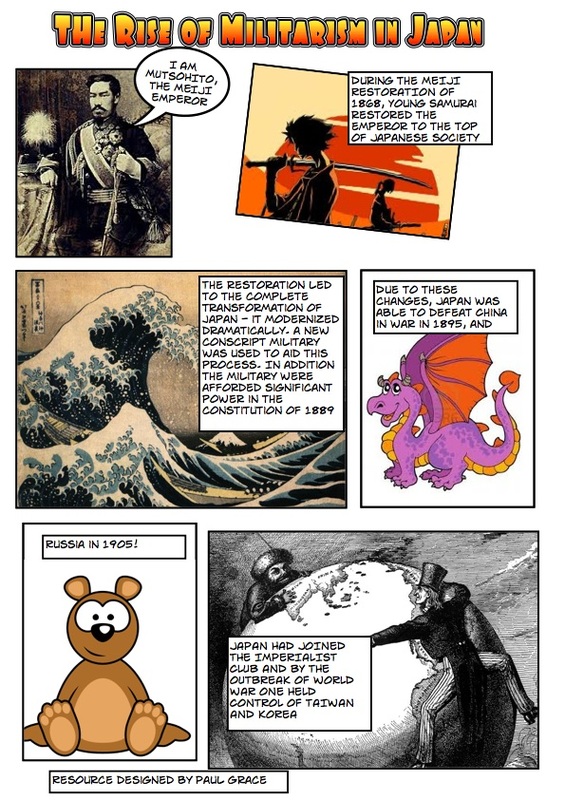 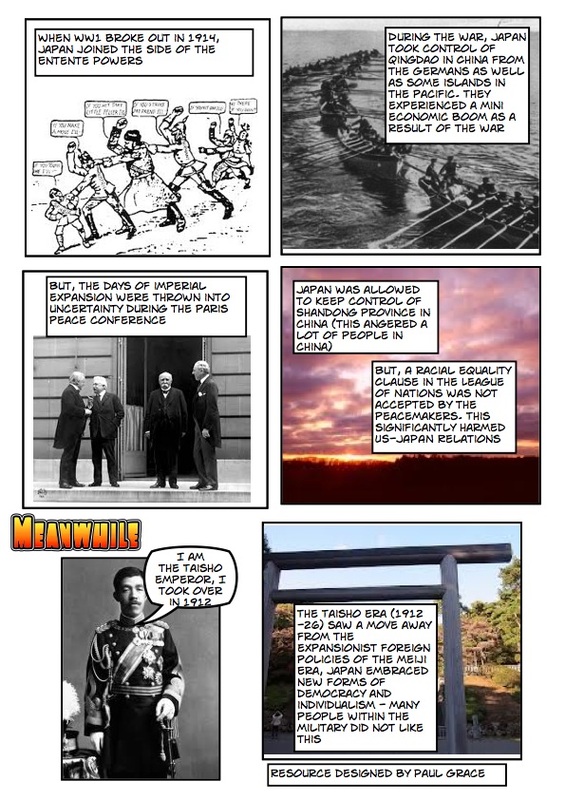 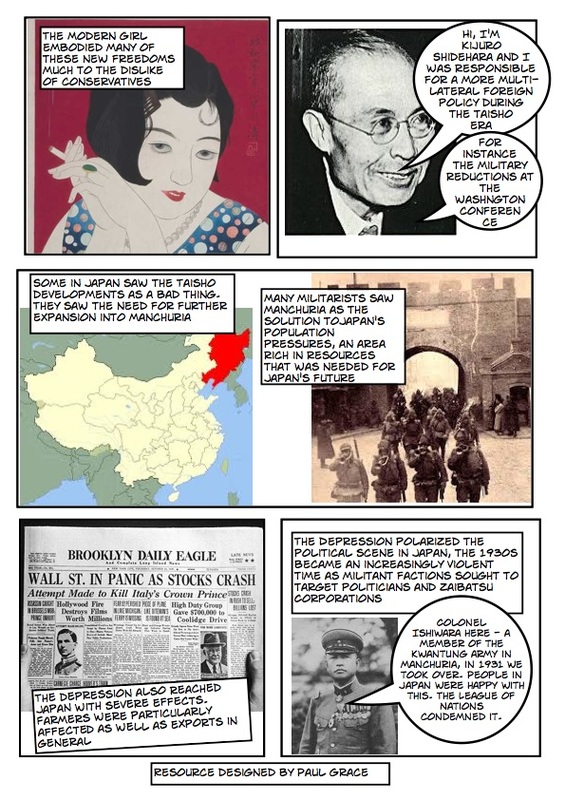 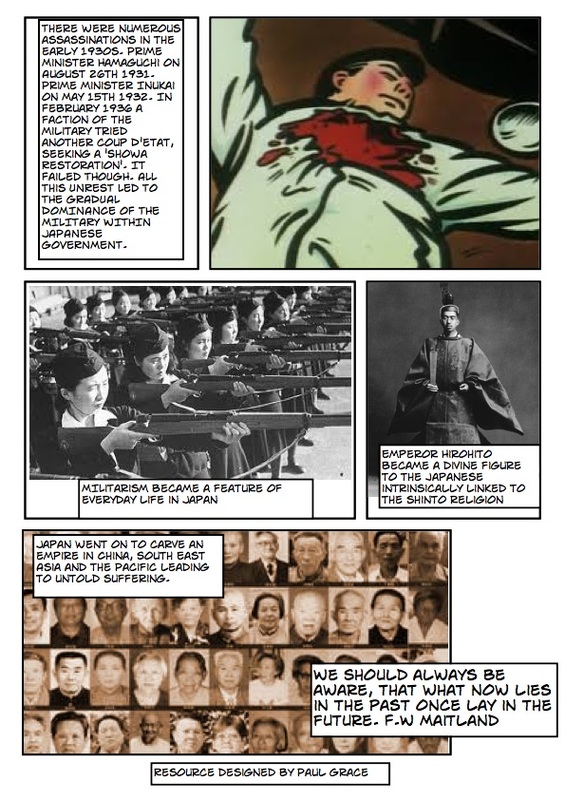 Hannah recently shared a post with us, and instead of reinventing the wheel I’ll just reblog so you can see her original content. This project was created using Comic Life for iPad. Woo! .

Recently I did an iPads session with my History class.

Why?
As we are studying Titanic, I thought that it would be great to learn by ‘creating’, so I decided to use an app called ‘Comic Life‘. ‘Comic Life’ is an app which creates simple comics and is very easy to use. It allowed us to take photographs of important dates and facts, and every student managed to create a comic page within only an hour!

How did we transfer the comic pages to our teacher?

Naturally, our teacher wanted to see everyone’s work in order to assess and print them.To do this, we used an app called Showbie which allowed us to export our documents to our teacher’s account (and swiftly!).How successful was the activity?

Most of the class enjoyed the task but it was interesting to see that one or two pupils found controlling themselves with the iPad camera a challenge. I hope to do something similar to this activity again this term in Religious Education.