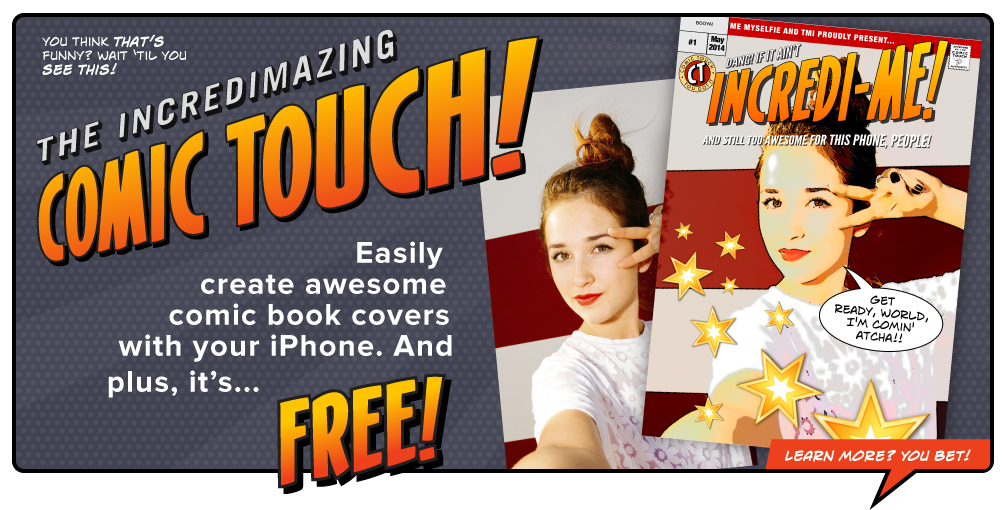 Show off your friends & family as the stars they are with the free Incredimazing Comic Touch 2! Whether it’s totally awesome or epic fail you’ll find a template to match the moment.

Comic Touch for iPhone and iPod touch is free via the App Store!