…. But that’s not always the look people are going for. Some people want to do serious things, make images that are useful to surgeons and generals and prime ministers! And they use Comic Life! Huzzah!

(I’ll admit that whole surgeon and generals and prime minister thing might have been a bit of an overstatement, but it could be true)

In all seriousness, though, for those people that do want to create science based projects Comic Life is a great tool. The visual nature of Comic Life allows you to highlight specific features and explain processes step by step. Here is a great Comic Life project on Human Anatomy from the Playing With Curriculum Blog.

Technology and the Human Body

I wanted to have a project that my students could work on as we learned about the different systems that make up the human body.  A traditional approach (and commonly used one) is using a life-sized cutout that is created by tracing a student who is lying on a piece of paper.  Then organs are printed or drawn and glued into place. 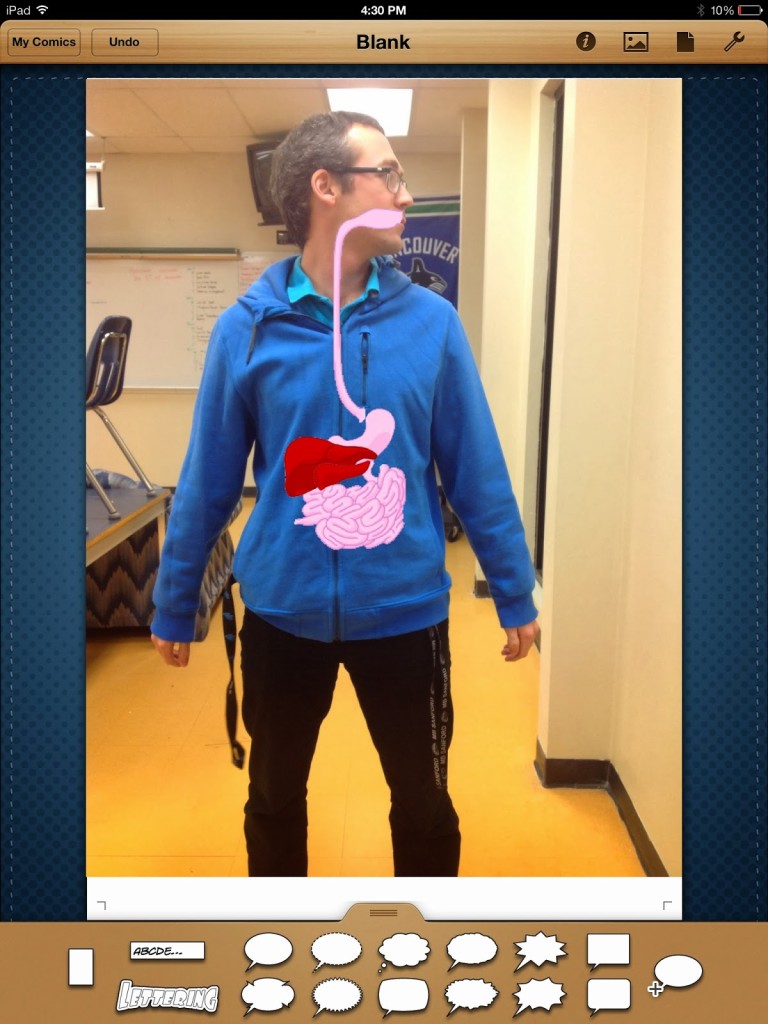 So I gave the cutout a try.  It was a disaster. The projects are huge and difficult to store.  Students were always losing pieces and one group never finished their skeleton. So I needed to make a change. How could I accomplish the same goal with less mess, wasted paper, and wasted time?Enter technology.  I realized what I was really after was for the students to recognize the size and location relationships between themselves and their organs. So I used Comic Life and iPads.  I had the students take pictures of themselves and then gave them images of the various organs, so they could place the images above their torso. They can stretch, rotate and resize the organs to fit their own body size.  In the end, they end up with a picture that can become part of a “my body” ebook or portfolio.Compared to the paper endeavour, I found that my students were overall more engaged in the process.  It was much easier, and took way less time, for a greater degree of learning! – Posted by Raymond Becker