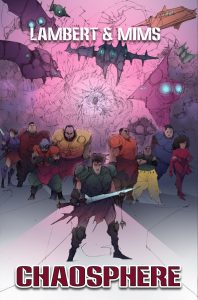 A new comic book – called Chaosphere – is hurtling towards Earth!

We recently found out that the author Greg Lambert, an English teacher from New Zealand and based in Kumamoto, Japan, has a Kickstarter Project going for it.

On the Kickstarter Project page, it is explained what Chaosphere is about:

The story is set in the future after Earth’s sea levels rose and swallowed islands and nations. A Wyrm was discovered in space and different corporations that had prospered from the rising sea levels offered to help people whose land was about to be lost. The catch was that they were given a time sentence that they needed to complete before being offered the chance to be repatriated back to one of the remaining countries. Those that were fortunate enough to be selected by the different corporations first had to fight in the Koudo wars that had started close to the Wyrm.

We follow the main character, Kurt and his group of Maori and Pacific Island friends as they struggle to make sense out of life after the war. They are on board a mining ship stationed close to the Wyrm where they face the same discrimination as on Earth. There is some respite from daily life in playing Chaosphere. A game that pits two teams against each other in a futuristic battle using medieval weapons. Chaosphere started during the Koudo war and has evolved into the most popular ‘sport’, with millions of people playing, watching and enjoying the spectacle. 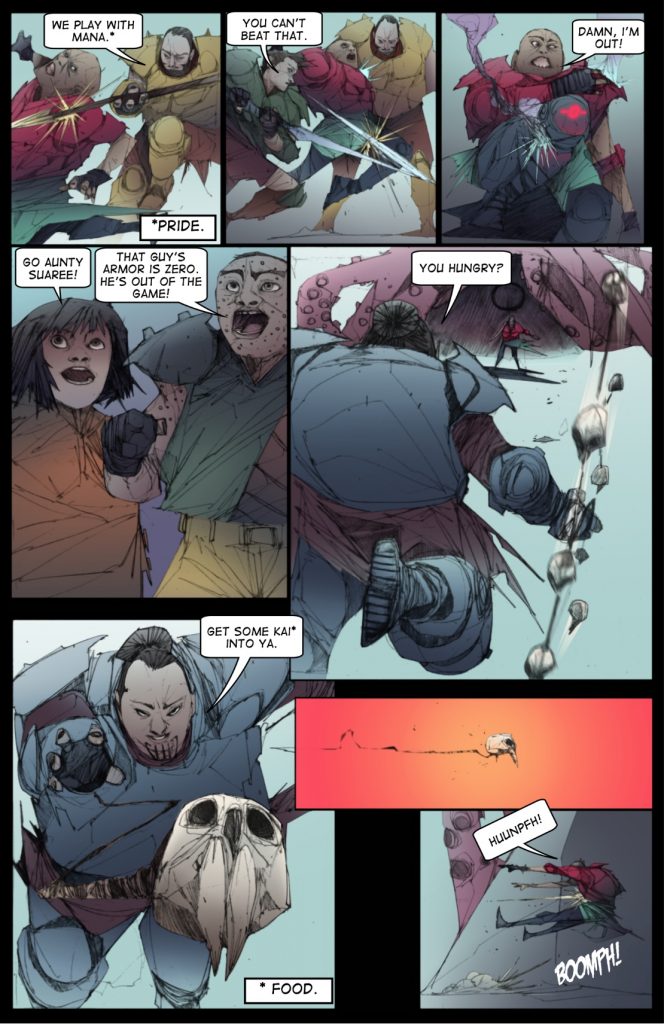 “Having grown up in Manurewa, South Auckland I have tried to incorporate characters from Polynesian and Maori backgrounds to help give the comic a more homegrown feel. I’m hoping to share the culture and language of these characters as the story progresses.” Greg Lambert

Excitingly, Greg decided to use Comic Life to do the lettering for his comic book.

“Your program is really great and easy to use. I have recommended it to a lot of people who are starting in the comic field, like myself.” Greg mentioned when letting us know he had completed, Chaosphere.

You can check out the Kickstarter project for Chaosphere here. But hurry – there is less than 19 hours to go at time of posting!